Archive for the tag “intolerance” 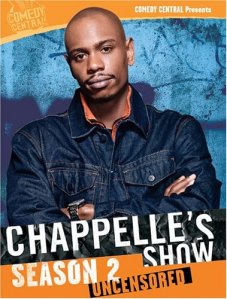 The whole Trayvon Martin situation and its ridiculous aftermath has got my pressure up, my sugar up, every thing is just up and tense.

There is so much ignorance spreading, and what kills me the most is people being called out for spouting racist garbage on the internet and television are trying to back pedal and call it everything else than what it truly is.

Don’t get it twisted. apparently people still feel the same way and in this new day where a biracial man is president; under the guise of free speech, all of this direct/indirect talk of whether someone looks suspicious and probably deserves to be stopped, detained and killed and just happens to be black and male, is suggested and accepted. It’s also accepted to throw into the mix whether or not a dead kid was or wasn’t a stellar student who may or may not have engaged in stupid teen behavior deserves to be dead or shouldn’t be around a gated community anyway.

Then people can plead ignorance later and say they didn’t think it was racist, or what they said was taken out of context.

Black people and most people with a heart are particularly peeved because the man who shot and killed the child has not been arrested even a month later. Period.

People are angry because an unarmed child was profiled and killed and then on top of that, the laws we are supposed to abide by and believe will protect us all equally were supposed to work. It didn’t. People are most incensed by this.

I wish Dave Chappelle would create a skit to diffuse this shit, because right now, everyone is mad. There are people who are afraid of the coloring and multiculturalization of the world which is well underway and has been happening and they don’t know how to react to it.

The reaction of the police, the Sanford city officials, fellow Americans who agree George Zimmerman was still standing his ground after 911 recordings show he was told not to follow the boy and he did anyway prove the disconnect in the thinking of some of our U.S. citizens when it comes to just even interacting with black people.

People are mad that some people are saying, “wait until more facts come out,” when the facts were there at the crime scene all along. People are mad the boy’s body lay in the morgue for three days as a John Doe, parents not notified (he had a cell phone) and was tested for drugs while the shooter was not tested.

People are mad about a sketchy history of the shooter that went ignored as he is allowed to still be free.  The facts some of these folks are really waiting on are the “facts” floating around about how Trayvon probably was a stereotype implying that his death probably did society a favor.

Two sides to every story. It reminds me of a great episode on a “Different World” where characters Dwayne and Ron were trying to explain a fight they got into with white guys from a rival school who they caught spray painting the words “Ni…” on Ron’s car.

Both groups tell their story, and their perceptions of one another were quite telling as their stories were completely different and littered with stereotypes.

I am afraid for every black man I know.

This must be what it felt like during slavery when at any moment black men were separated from their families, and killed for defiance, killed for just wanting to be free men and nothing more.

This must be what it felt like for mothers and wives and daughters to get news their loved ones were lynched on the way home one evening.

This must be what it felt like for Coretta and Betty and Myrlie when they got the call about Martin, Malcolm and Medgar (they were considered suspicious too by even the FBI, they were always seen wearing suits and ties, no hoodies.).

I want to cry. I think black men are beautiful. When I think of black men I think of my amazing dad, grandfathers, uncles, cousins, close friends. They are the kindest, most gentle wonderful people.

However there are times I have been fearful of ones I didn’t know, walking down the street, or hanging out or being too loud or gathered in large numbers in a parking lot.

I would hate myself for fearing them once I was safely in my car or home, but there was a part of me– the street smart part of me that says you have to trust your instincts and keep it moving because you don’t know what anyone’s motives are. It is a fact black folk in America are more likely to be killed by other black folk. It’s a sad reality. Does this have anything to do with Trayvon?

Not in terms of the right and wrong of what happened to him, but this statistic and others (including the ridiculous disparities in black males in the U.S. prison system, unemployment) contribute to the fears that compel the George Zimmerman’s of the world to act as he did.

What curious timing of such an event in the history of our nation.

There is so much wrong. There is misunderstanding, a long-standing history of inequality and injustice and ugliness and economics and there are people of all colors who understand this and empathize and there are some folks who just don’t.

Right now we have our eyes on Trayvon, but what is making this situation so insane is what’s not being said and the fact that this one situation came out of no where and put all of America and our dirty struggle with race on trial.

The world is questioning our laws, our administration of justice for all citizens, stereotypes, fear of black men (including the president).

The rage and disappointment that black Americans have had with the justice system since forever and the confusion and frustration some non-black Americans are having with the current system and where it is heading has been a volitle mixture brewing and stewing.

The Trayvon Martin situation has brought to light the ugly truth that the United States still has a very long way to go. I think all of us to a certain extent drank the kool aid that we became a more evolved society because we voted for a biracial president in large numbers. It was a step, but it didn’t heal all of the pains.

So Trayvon’s murder, the aftermath, the handling of the situation, the ugliness of it all made us look at, what as a nation we have been so desperately trying to show the world we’ve finally defeated, and we failed. We’ve been failing.

The ignorance and hate right now is so loud. We all have to blot it out. Not do anything stupid and further damage our society and hope this is resolved in a fair and just manner.

We have to heal our black men and there’s so many complicated layers to this thing that I will never be able to articulate in one or a million posts. I’m just hurt right now.

I haven’t seen this much blatant racial madness post civil rights since the LA Riots and the O. J. trial.

We are in curious times. Trayvon Martin is not the first and he will most certainly not be the last. We have to hold those in charge and those who are supposed to protect the law accountable. We have the power to vote in Sheriff’s and District Attorneys and as I’ve said over and over, just caring about the presidential election every four years is not enough. You have to know who is running your city,  county, state and your schools and inform yourself about the candidates and vote as best you can for the people who care about the greater good.

To start, I propose that the U.S. government pay Dave Chappelle to put on a three-hour special to be broadcast on every channel, prime time to calm everyone down.

I don’t make light of this situation, but no one can deny through his humor, he opened doors in terms of making people talk openly, with their guards down about race than any organization. I’m sorry. That’s real.