Archive for the tag “fasting” 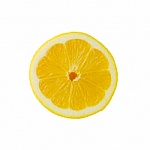 So, as I head into 30, I decided there’s some ish I need to leave behind.

I’ve been through ups and downs emotionally and professionally this year and that is sure to continue as long as I’m breathing, but how I handle these ups and downs is something I’ve been examining lately.

A friend mentioned doing the Master Cleanse together because we both have been complaining about lacking direction in life, being fustrated with men and being tired of being sick and tired. I thought about it, and honestly deciding not to eat for 7 days actually did appeal to me.

I grew up in a religious household where it was not unusual for my parents to participate in the most strict of fasts. No food, no liquids for three days. You had no choice but to depend on God and your ears were wide open to listen to what He had to say.

The Master Cleanse had a number of purposes, I could do a modified version of the spiritual fast my parents did, but for longer and still be functional for work. The other reason besides wanting to show God I’m serious about getting focused on whatever is to come my way in the next year, I won’t front. Finding out you can drop a few pounds does make it even more appealing.

I thought the people I watched in youtube videos were trippin on the first day. Please watch my favorite Master Cleanse person, Heavenlee315! She is so inspirational. I’d totally hang out with her. As time went on in their 7, 10, 14, 20 and even 30+ days of drinking a lemonade, water, maple syrup and cayenne pepper concoction, they all reported feeling pretty good despite not having even a morsel of food. (Surely, I thought they were full of it… which they were… full of toxins and crap which the master cleanse helps you get rid of.)

Well, for the most part, they were right. I didn’t wake up feeling groggy like I normally do, nor did I feel the urge to stay in bed “five more minutes.” It was shocking. I felt refreshed.

The second day it was like my body knew the times it usually ate and was saying, “Hold up! What are you doing? Feed me!” I said no. And kept drinking my water and my lemonade. By the third day, when those times like lunchtime and dinner came around, my body got over it.

Another thing I realized in terms of food and food dependency is, there’s a whole lot of food commercials on TV. I think even if you don’t really want to eat, the mad men on Madison Ave. really convince you through all those commericials that you should be stuffing your face. All. The. Time. Once again, my body had a trigger for when I was on the couch and watching TV that I should be snacking or having my dinner. So, realizing my habits, I have decided to eat my meals at my table no matter what and if I snack, not to do it on the couch. Maybe have a small serving at the kitchen counter instead of bringing a whole bag of chips to the couch with me.

Stay tuned for more of my insights on the Master Cleanse because I’m learning a lot about myself and have come to a number of conclusions about who I am, what I’m doing and where I’m trying to be.