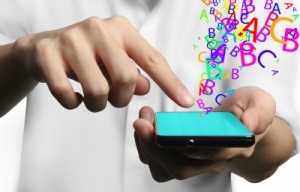 Welp. We all know I’m back out there trying to date. Trying to see what’s what.

I was texting one gentleman caller and he seems to be a nice guy, but a recent text messed me up completely.

He used the word “presents” instead of “presence.”

Being a writer, I try not to be jerky about texts and emails from non-writers.

I’ll let it slide when people misuse your and you’re, or there, their and they’re. It picks at my nerves, but I let it go.

But when people do it regularly, it does make me slowly lose ounces of respect for them.

Your presence at this meeting is mandatory, says your boss.

When teachers take attendance and the proper kids don’t want to just simply say, “here” (or in this dude’s case, “hear”), they don’t say, “presence” they say, “present.”

In my account of the situation to my bestie, via text, I did say that my vagina instantly becomes dry when men abuse the English language. Fine men suddenly grow warts on their chin that only I can see because they used the word mines in a sentence. Not mines, like a place of work for miners…(and they are of age to work in a mine because they are not minors). He meant as the possessive, mine but I guess, his logic is if the item in his possession is plural, then add the -s. Mines.

I’m not surprised things didn’t work out with my ex. He always misused worse and worst. Whatever should have been worst, he used worse and vice versa. IT MADE ME CRAZY.

I would try to repeat what he said by using the proper word to show him an example– without being mean– but he never took the hint. And he was college-educated. Ugh.

So this does make me a snob?

Meanwhile, Lancelot will be returning from his mini vacay in Vegas, where he casually mentioned winning $4,000 (wonder how much he lost though) and I’m sure, I’ll be connecting with him soon.

His texts were grammatically correct and he’s coming home with $4,000.

Moisture is returning to my nether regions…

I am a snob and a gold digger.